If you’re here, you probably don’t care too much about the day job, my wonderful family, or my day-to-day life in middle America.  I wouldn’t, either.  Instead, you probably want to know about David Benem the soon-to-be-massively-famous (a man can dream!) author.

I’m a big fan of fantasy fiction, be it in the form of books, movies or comics, and I’ve always wanted to create the stuff.  And I do mean always.  I started with the ill-begotten and poorly drawn comics I peddled to a gullible neighbor when I was ten.  Then it was the series of ill-begotten and poorly written role playing games in my teens.  Well, maybe the last one I wrote was okay–at least I had a small (and probably overly polite) group of friends willing to play it for a solid year or so.  They rarely complained.  Again, they were polite.

And then there were the stories.  I always (and I do mean always) wanted to write the dreaded fantasy trilogy.  It was the Holy Grail in my mind, the amazing and elusive thing I always wanted to have.  Problem was, the stories were there but they were always just beginnings.  I had a hard drive full of bold but brief starts to epic fantasy novels.  Four pages here, twenty there, perhaps forty or fifty somewhere else.  I had the ideas and a desire to create, but things (i.e., life) always got in the way. Either that or I just lacked the discipline.

And then a few things happened and those things kindled a fire.  I turned forty and became frustrated that I’d not finished a book.  My grandfather had died and not many years after my dad would as well.  I felt my mortality and knew I’d have to “get busy writing or get busy dying” (as a good friend of mine and I twist the quote from The Shawshank Redemption).  Another good friend proposed a collaborative effort, a Thieves’ World-type novel where we could have a shared world and intertwined plots and characters.  I jumped at the notion and dove into the project, writing chapter after chapter.  My friend, though, couldn’t contribute for various reasons (he later claimed those excuses were part of his master plan to get me off my ass and writing—I don’t believe him) and I had to go it alone.  And lastly, I’d finally created characters I wanted to follow.  Imperfect characters, characters with flaws.  Characters I really wanted to see win out in the end.

The result, or rather the opening act of that result, is What Remains of Heroes.  And it seems to have struck a chord with some.  The book was one of ten finalists (out of nearly 300 entrants) in Mark Lawrence’s SPFBO competition, and was named one of the top indie fantasy books on the market by Best Fantasy Books, Fiction Garden, and Epic Fantasy Books.  High and humbling praise.

If you’re here, perhaps you’ve read it and if so thank you. Tell a friend or two if you can.  The sequel is coming soon, and the fire still burns.

What Remains of Heroes 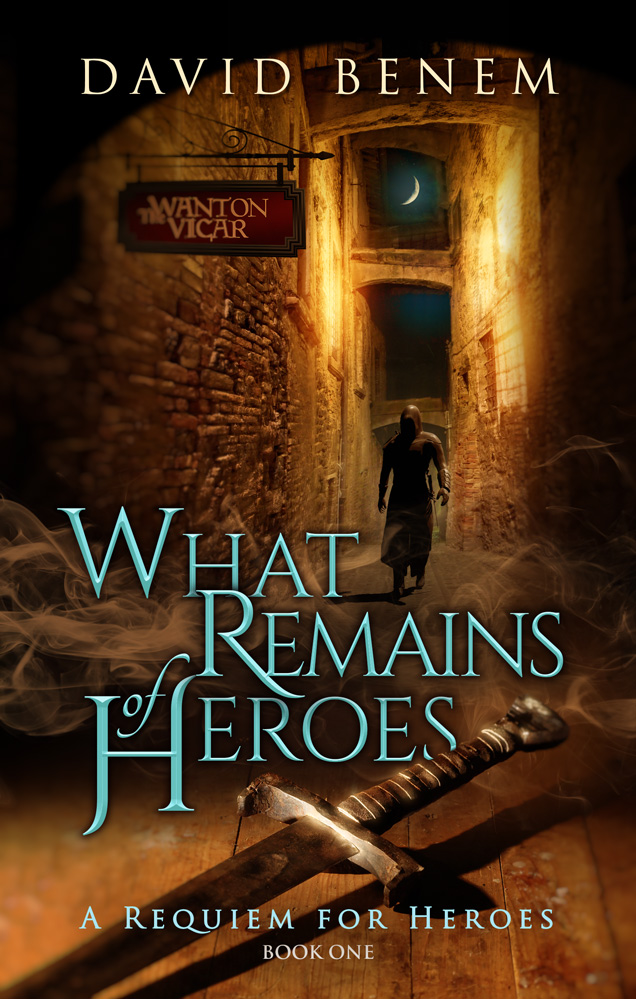